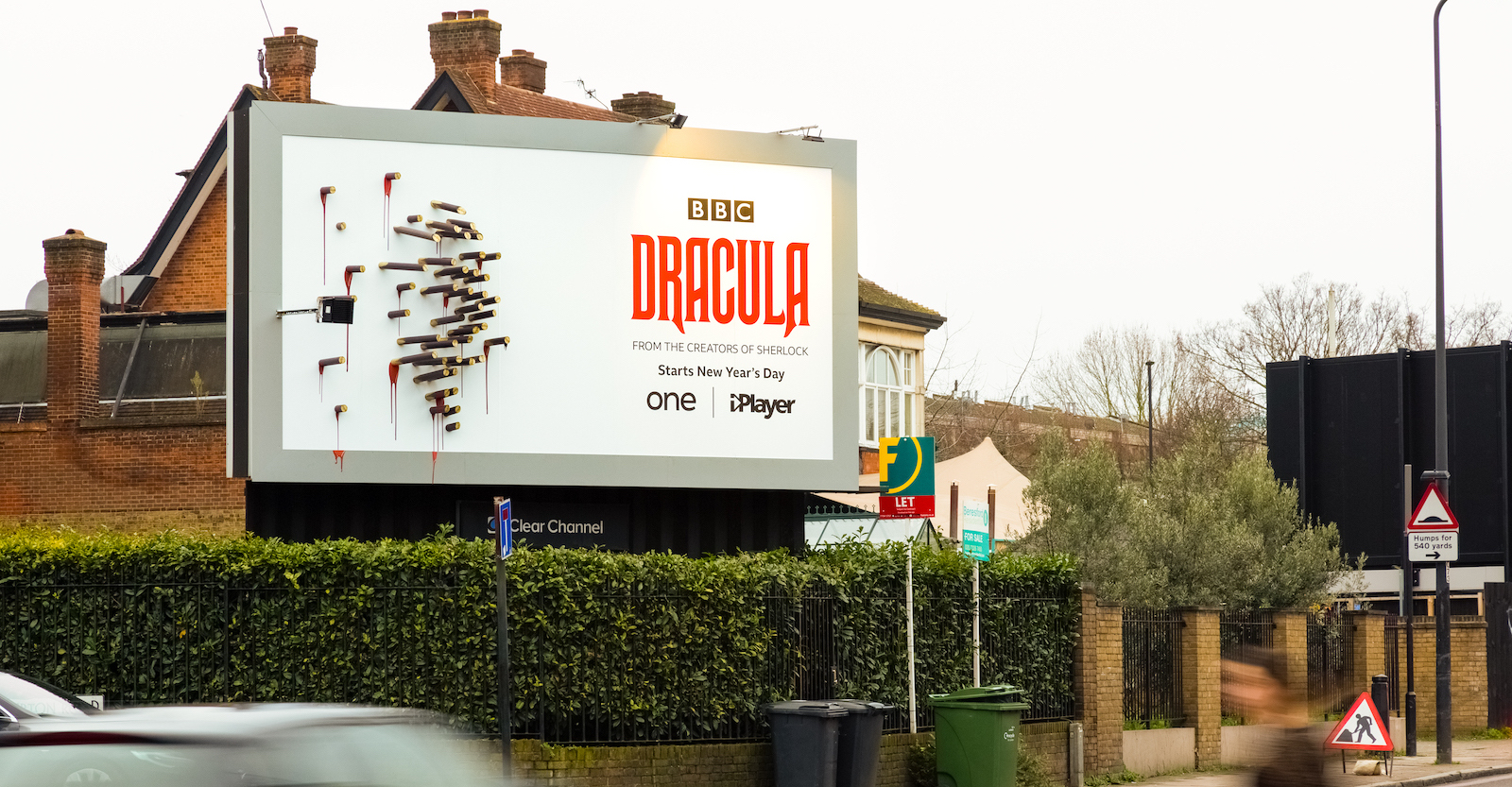 Since 1897, Bram Stoker’s Dracula has remained an immortalised character in popular culture. Countless movies, TV shows and theatre productions featuring the gruesome figure meant that the stakes for the BBC’s newest show were high.

BBC Creative came up with an idea which hammered home the vampire myth – that they only come out at night. Inspired by artwork created by shadows, Dracula’s terrifying silhouette only appears as the sun goes down.

The campaign needed to be an out-of-home special-build, that would alert the UK to the legend’s arrival. 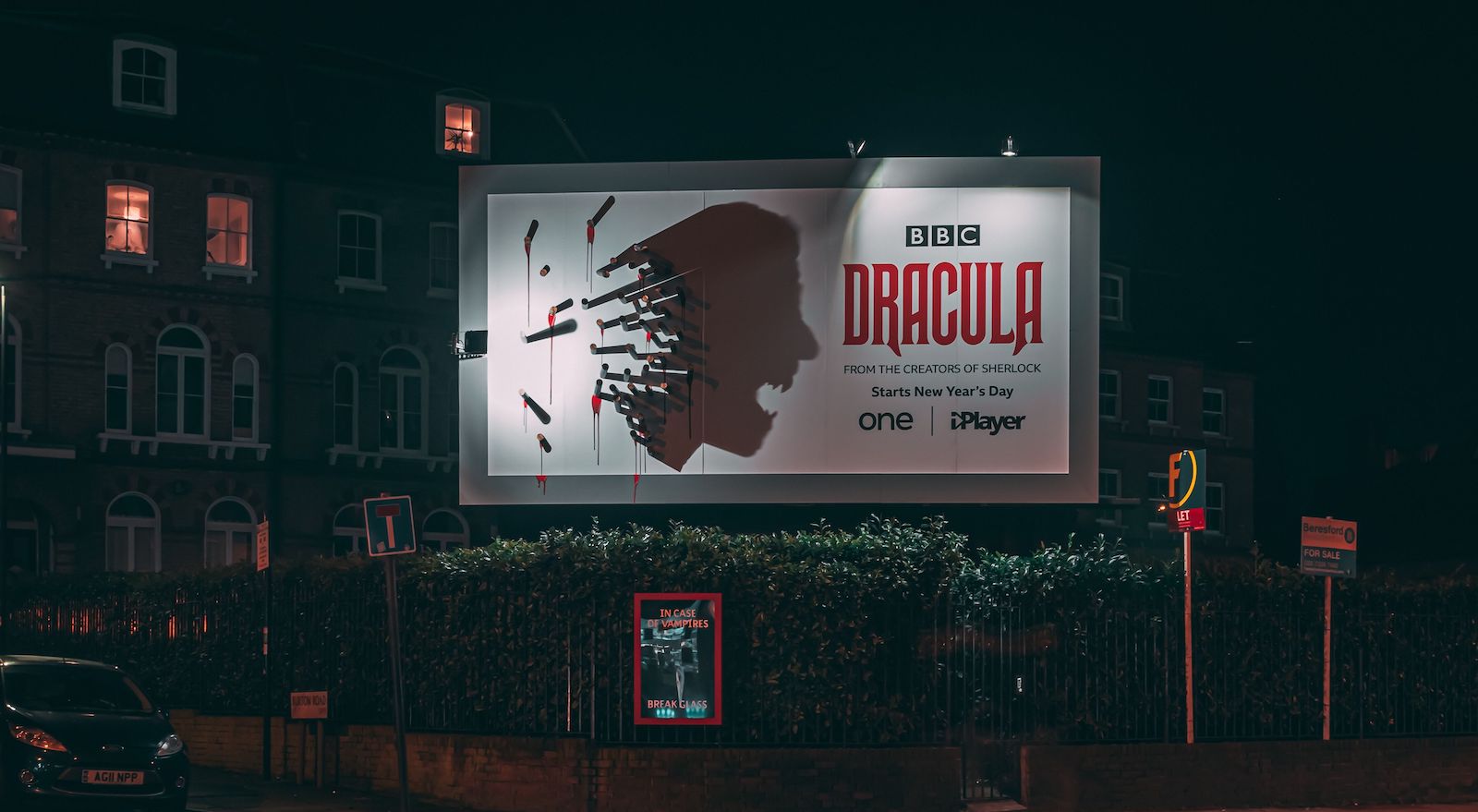 Talon was able to execute this by using a spotlight and strategically placed 3D stakes.

True to the daylight-detesting nature of Dracula, the shadowy silhouette was only fully revealed at night – leaving ominous bloody stakes during the day.

In addition to the poster, the Talon team installed an “In case of vampires break glass” box for good measure.

Unveiled on 30th December 2019, the build was installed in elevated sights in Birmingham and London, where it would achieve the greatest impact and visibility.

Over 40 articles and content pieces were written and shared online about the build and a time-lapsed video of the build gained over 7 million views on social media. 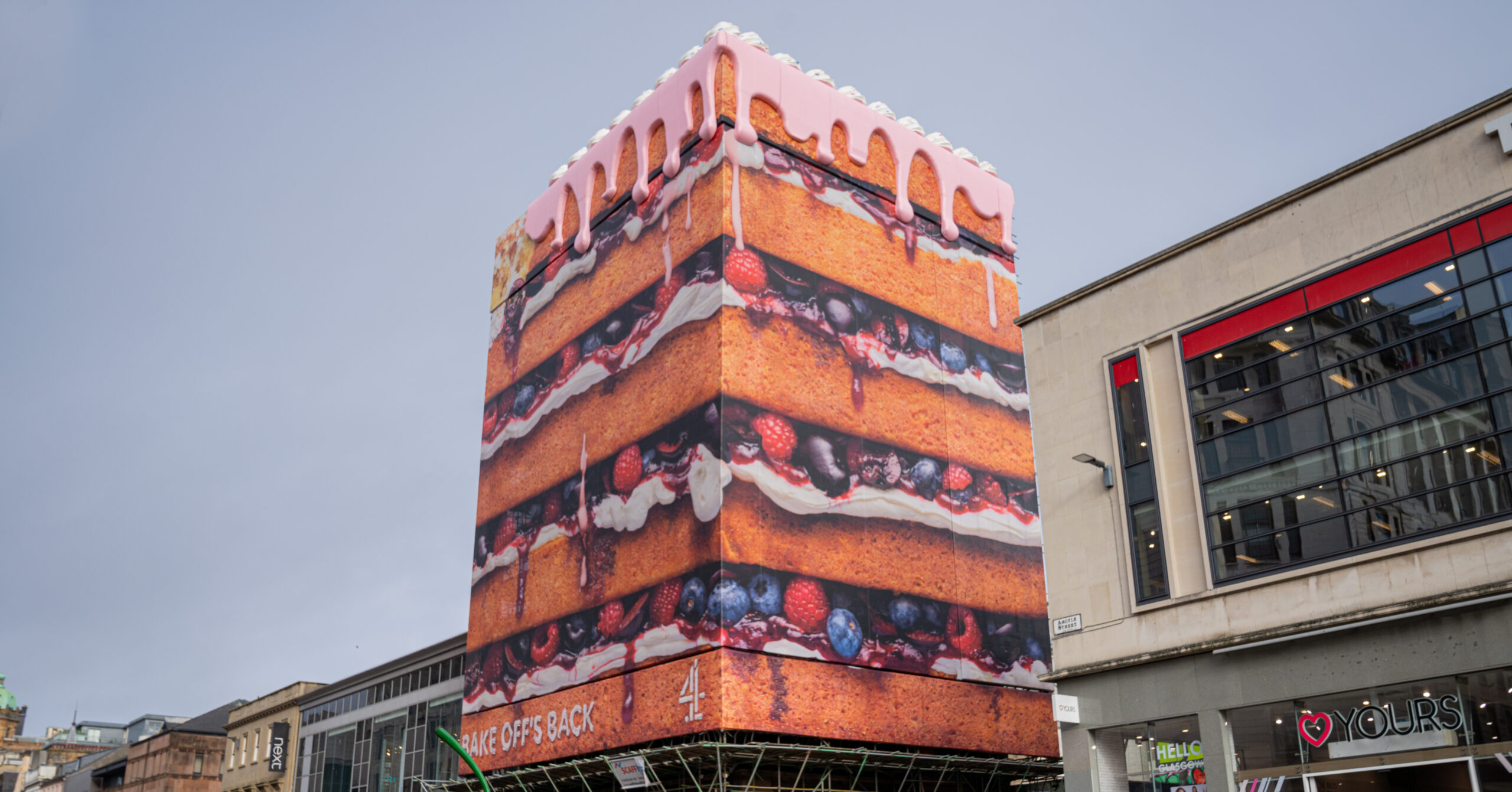 THE GREAT BRITISH BAKE OFF 2021