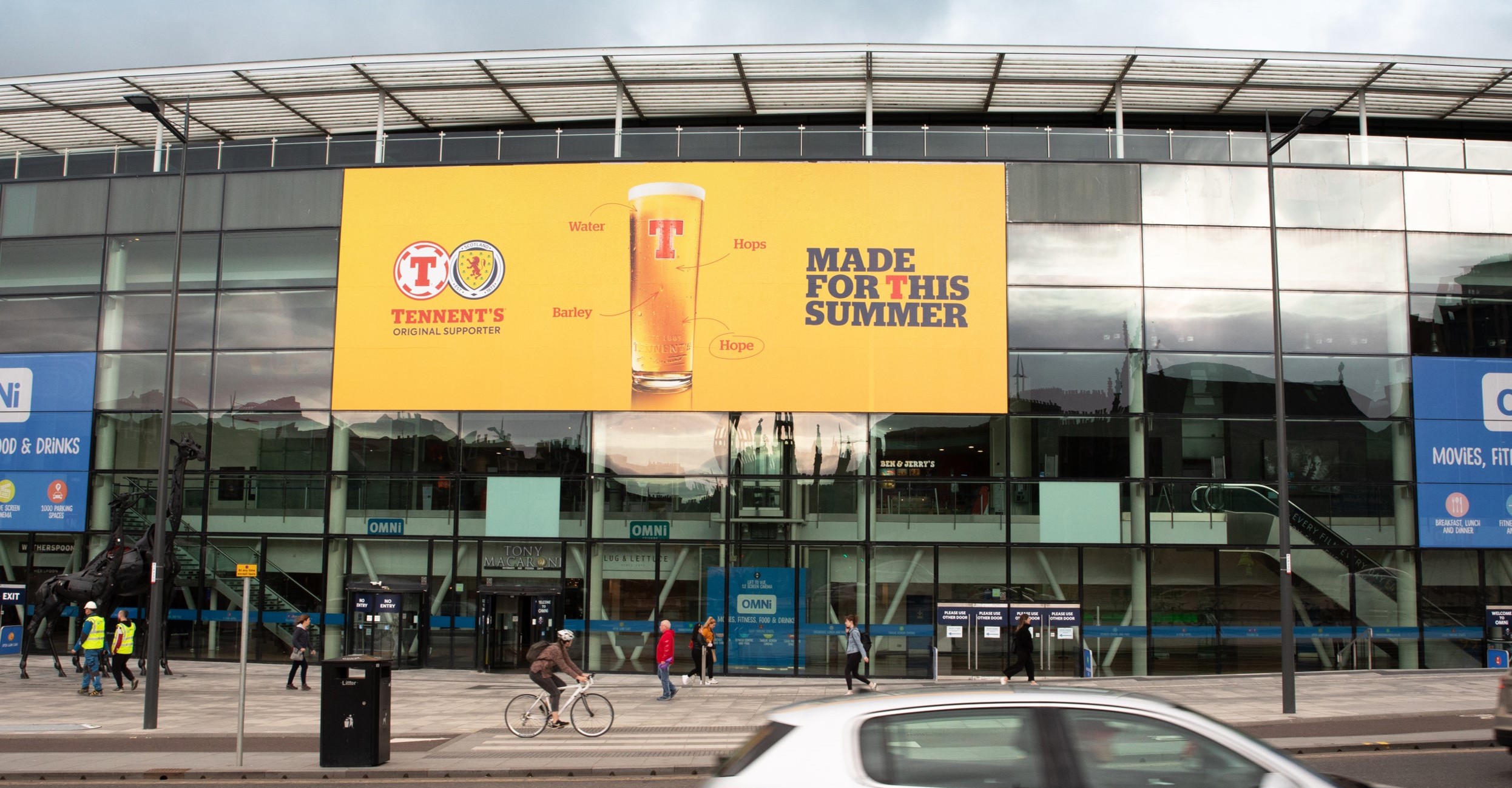 Competing in their first major tournament since the 1998 World Cup, hopes were high for Scotland’s national men’s football team at the 2020 Euros.

This summer of football was a chance to champion Scotland’s football team and a chance to capture and embrace the buzz of life returning to (nearly) normal. Tennent’s were well placed to own that feel-good position as a brand synonymous with good times and a well-established sense of humour.

Putting a Tennent’s ad in front of as many supporters as possible was a relatively straightforward task but delivering volume sales growth and changing brand perceptions in a short campaign in a saturated beer market required much more than just eyeballs.

Our target audience was broad and notoriously good at avoiding advertising. The objectives, combined with a limited budget, highlighted the need to create excitement and catch attention with every single media placement.

Consisting of several phases, Tennent’s first aim was to build anticipation a month before the tournament. As fans prepared for a summer of football, Tennent’s aimed to build intrigue by appearing in surprising environments. The brand’s second aim was to create excitement and buzz in the immediate build-up to the tournament and deliver multiple Tennent’s touchpoints.

Using Tennent’s trademark tongue-in-cheek messaging, we focused on instilling a national sense of pride and celebration for Scotland and in Glasgow – as one of the Euros host cities – with bold and larger-than-life creative.

The final phase would see the campaign switch to creating local, targeted messaging, focusing on ‘owning’ Glasgow, and delivering contextually relevant messages around the games themselves. Ultimately, the objectives of the campaign were to be unmissable and in doing so, create a strong association between the Scotland team and Tennent’s as a brand.

A multi-layered campaign required a tactical approach. Delivering contextually relevant messaging in the right locations, we built the campaign across several OOH formats. The first of these formats were flyposters and 48s set around the key cities of Scotland with creative that built the pre-tournament buzz in the lead-up to kick-off.

As the tournament drew closer, we took over a special build site outside Glasgow’s iconic Barrowland Ballroom for three weeks with regularly changing creative. When their first game at Hamden Park in Glasgow arrived, a banner was unveiled at George Square. This was followed with a Banner on Leith Street in Edinburgh and several nights of guerrilla projections across Glasgow.

Finally, Large Format Digital and D6s were activated around Glasgow and other key cities with messaging that built excitement for each match – “Almost Time,” before switching to messages based on the results of Scotland’s Fixtures. For example, when the team lost their first game to the Czech Republic, the slogan switched to ‘Ever the Praguematist’ – the perfect humour and tone for the Scotland supporters.

We even booked D6s and a Digivan in London to target fans travelling to Euston for the game against England. This was accompanied with cheeky projections on major London landmarks including the Tate Modern and Shoreditch High Street. Tennent’s made a big impact in a short amount of time, with messaging that struck just the right chord with their target audience. 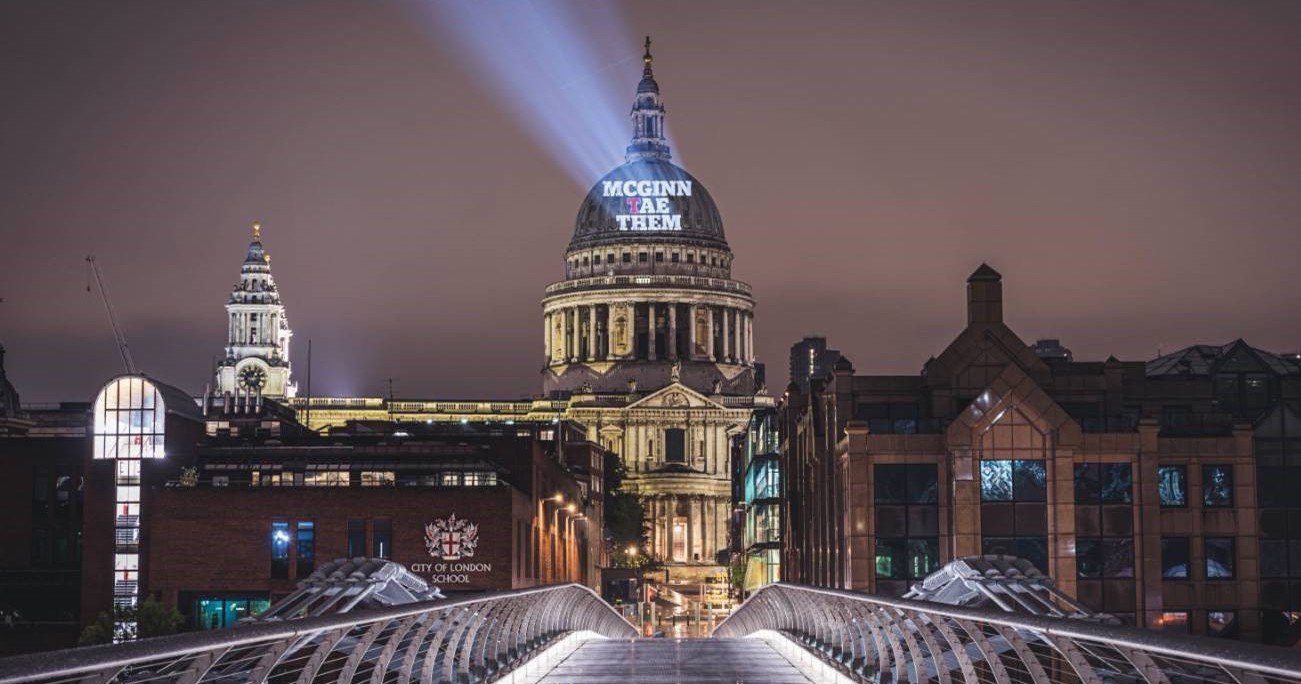 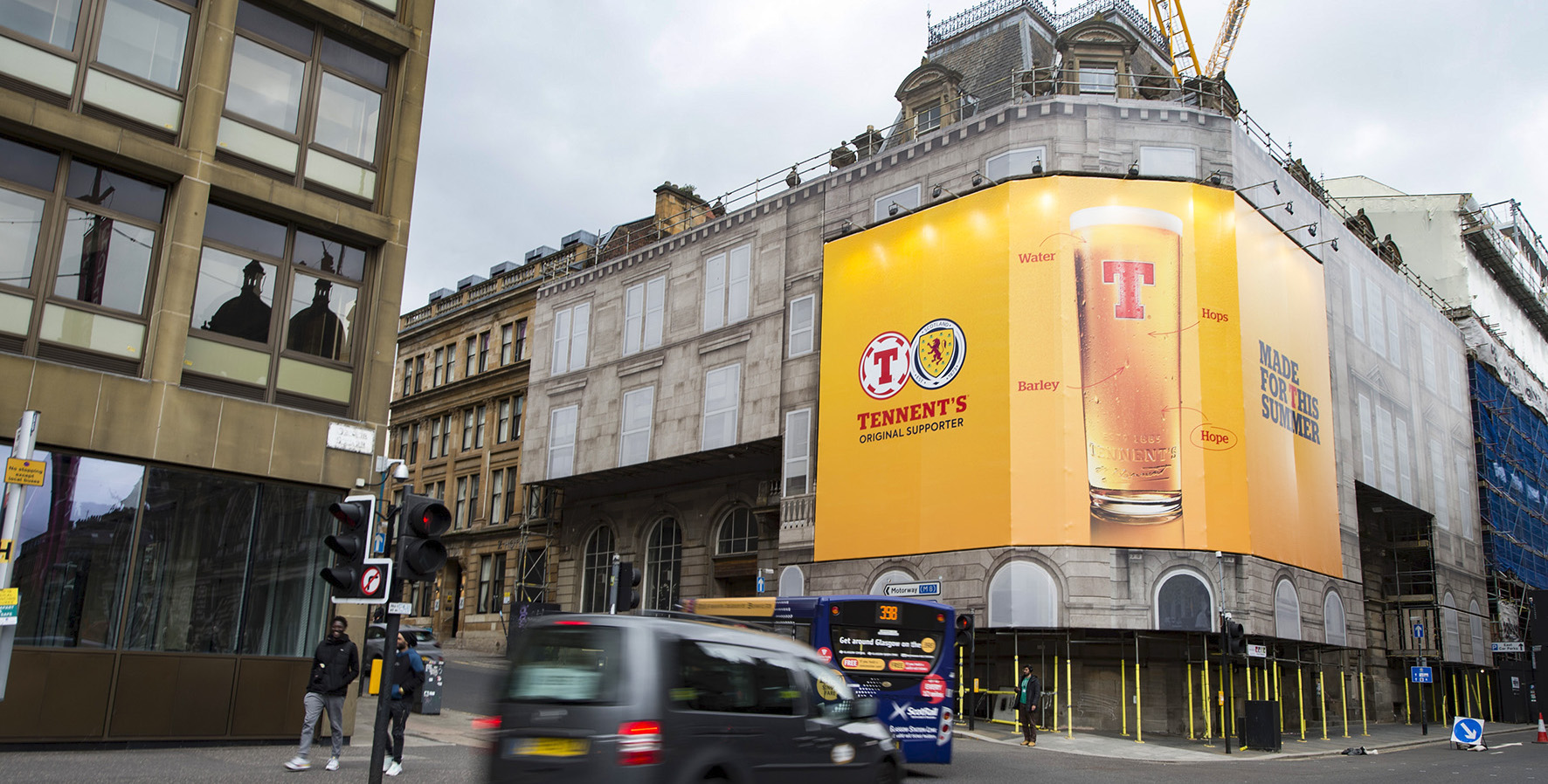