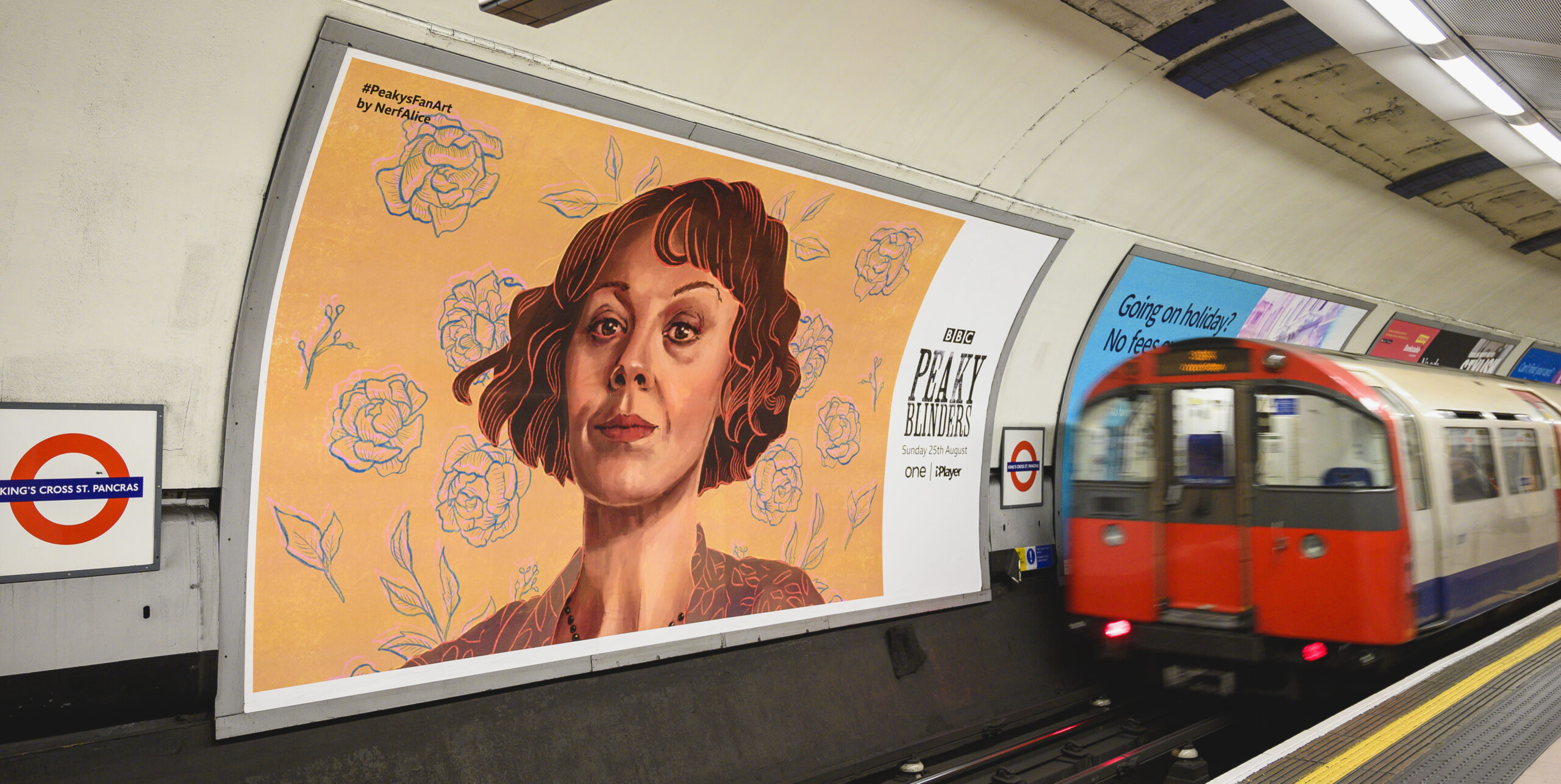 In a landscape of diminished content loyalty, many under-35s view content on paid platforms. As a consequence, the BBC has begun to lose relevance as a destination for this age group.

However, of all the drama options open to this group, one has harvested genuine evangelism: Peaky Blinders. Series 4, for example, achieved a 16-34 audience appreciation score of 91 (vs a drama average of 85). The show has also developed an unmatched cult following since its launch in 2013.

However, series 4 last aired on BBC Two in 2017. Since then, the show has lived and breathed on Netflix and had a strong target of 5.8million viewers for the first episode. The BBC wanted to find a way to gain PR coverage, drive excitement around the series, whilst redirecting attention back to the true home of Peaky Blinders…the BBC.

One manifestation of Peaky Blinders’ cult following has been the explosion of incredible fan art; dedicated to the story and its iconic characters. Indeed, Google ‘Peaky Blinders Fan art’ and you’re greeted with 7.3m search results. We knew leveraging this fanfare had to sit centrally in our work, as it would allow us to reward the show’s superfans. Ultimately, the fans are the heartbeat of the show, and with a long wait between the cliff-hanging end of series 4 and the start of series 5, we wanted to take this private fandom and turn it into public artwork; with media as the canvas. 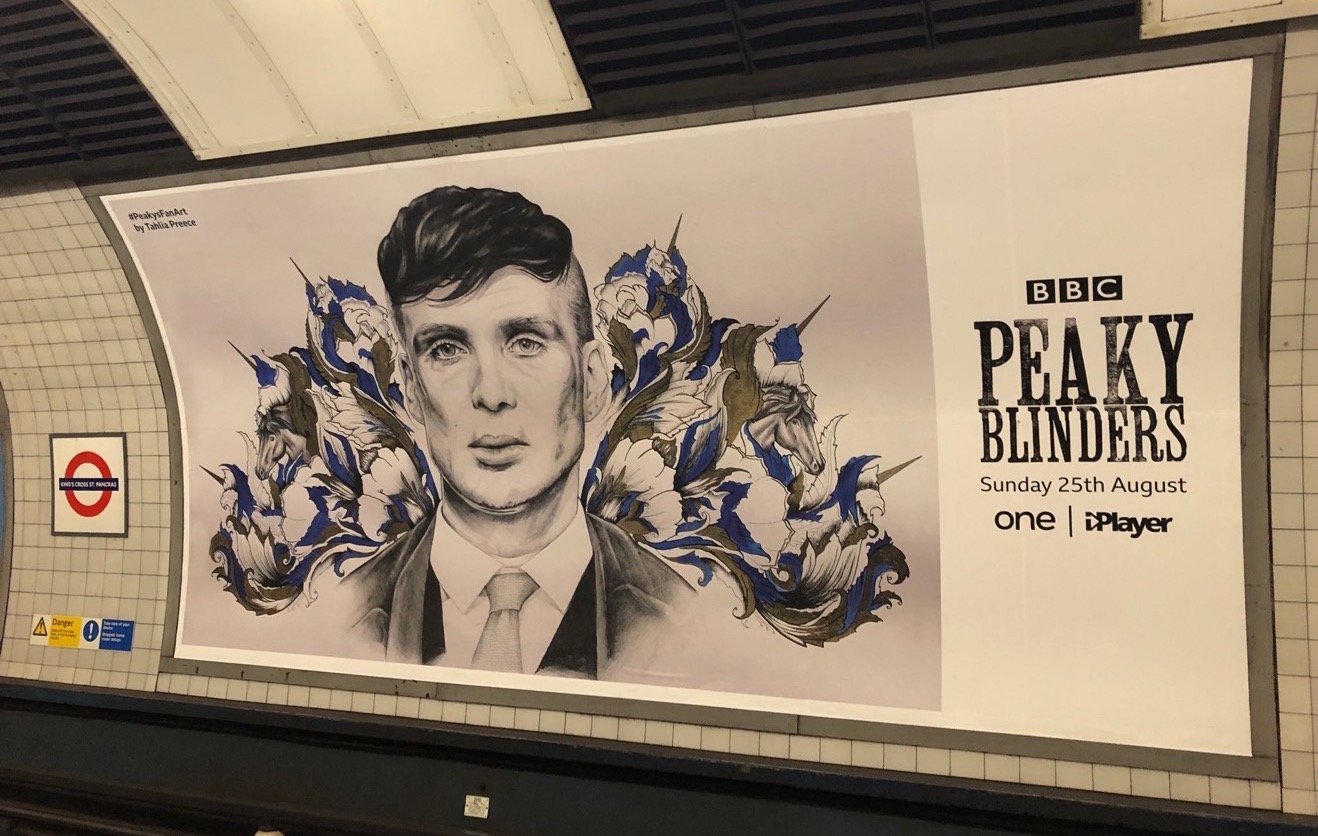 Working with the BBC, we released a call-to-arms for fans via Facebook, asking them to submit their pieces of ‘Shelby’ art inspired by the legendary family. The strategy engaged existing fans, reactivating a buzz around the series whilst also attracting new fans and driving awareness across the nation. Once artwork was submitted, a final selection was made with these final artworks displayed across BBC digital, online, social platforms and in a nationwide poster campaign. With its brand fame and reach capabilities, OOH was the perfect medium to support the online activation and help the BBC to drive excitement around series 5.

In just one month, fans submitted over 1,200 pieces of artwork, with 16 final artworks being chosen for the campaign. From these final 16 artworks, we decided to take things a step further. Not only would all of the artwork appear on high impact billboards across the UK, but two in particular were transformed into massive mural creatives in London and Birmingham; the home of Peaky Blinders. Their arresting imagery dominated the respective skylines.

Social media and OOH complemented each other perfectly, activating an engaged audience and driving fame across the board.

An estimated 789k pedestrians passed by the murals during the campaign period, with fans travelling from all over the UK to be photographed with the murals themselves, and mostly then sharing on social media!

The campaign received heavy PR coverage, featured by multiple news outlets including Campaign, The Drum, The BBC and Prolific London.

Finally, YouGov’s Brand Index showed that consideration for the BBC (vs U35) increased 150% from the week prior to transmission to immediately following Ep 1. 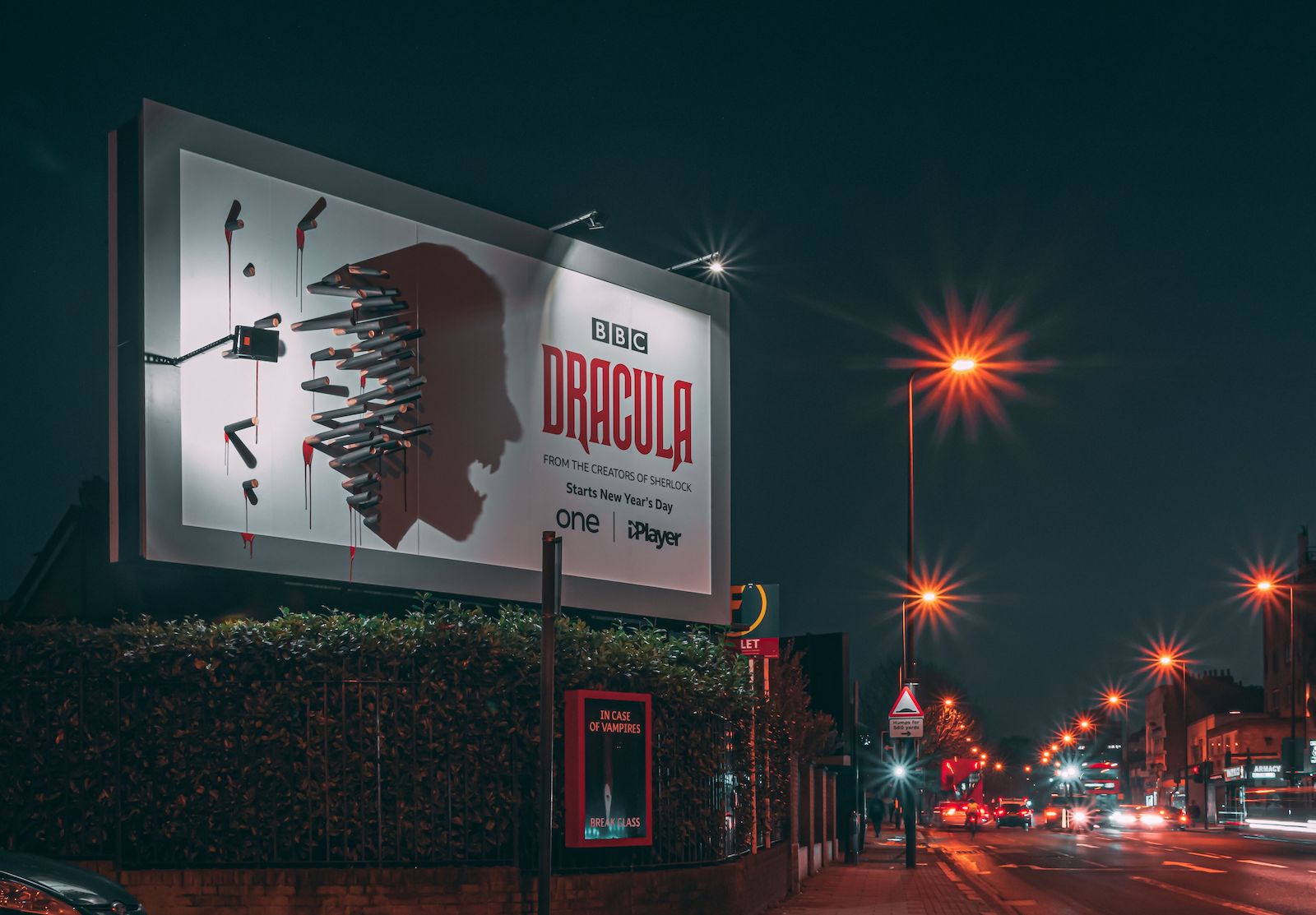